The story of Channapatna is as vivid, imaginative and colourful as the toys’ standing respectability for being sustainable and eco-friendly today. It’s a beautifully crafted tale that has grown in the playful hands of all the children who have inherited and kept its legacy alive throughout history. The oldest toymakers living in Channapatna cannot precisely say for sure when the toymaking began. Still, everyone can claim credibility for a specific story that traces back to one of the grandest emperors of South Asia.

Around 300 years ago, Tipu Sultan, the great ruler of Mysore (1782-1799), also recognised as the Tiger of Mysore, found a penchant for tiny, colourful and detailed wooden toys besides conquering faraway lands and raising an empire. Some sources say that he developed the liking after the Persians gifted a wooden toy to him. The Sultan was determined and passionate about bringing them to his people and sought Persia’s best and finest artisans. Using his power, influence and strong connection with the Persians, he invited talented Persian artists to Mysore. These artists were experts at woodwork and possessed exquisite skills in woodcraft. The Sultan made arrangements for them to educate the natives with their knowledge of the said craft. The Persian artists imparted their keen eye for details and the beautiful art of sustainability to the locals – choosing the best wood without having to cut down trees and picking natural dyes that could be found easily – and who knew about the availability of these resources better than the locals? In fact, it was a monumental time of cultural confluence between the Persians and the natives of Channapatna! Together, both the communities embellished a craft that is still alive and recognised by various organisations such as the World Trade Organisation (WTO).

Being close to the capital city of Srirangapatna, Channapatna thrived and flourished in its creative brilliance, brimming with traders coming from far and wide, who were spreading the word about this town. Naturally, the town came to be called ‘Gombela Nagara’ in Kannada, the native language, which means ‘Town of Toys!’ Remarkable, isn’t it?

Yet, it will be pretty incomplete to only give credit to the emperor for the evolution of Channapatna Toys. Bavas Miyan, a fine artisan of the time, is identified as the Father of Channapatna Toys. He dedicated his life to the local artisans who relied on toy making for their livelihood and daily bread and educated them with new techniques that refined the toymaking process and made it more accessible. He introduced innovations in woodcraft, especially by integrating Japanese doll making techniques that significantly increased productivity and gave rise to effective methods of toy making. For around two centuries, artisans of Channapatna used dried Ivory Wood to make their toys, also called Aale Mara locally, but now they also use the wood of other trees such as rosewood and sandalwood. The toys receive their lustre after being rubbed by the pandanus leaf, which belongs to plants closely related to the Palm family that are extensively found and used by artisans in South Asia. Resins and dyes used to make the toys are also acquired from plants located in the area, and they have been adding to the beauty of the toys for centuries!

The legacy of the toys has stood the test of time; however, they are unfortunately contested in the global market. The dominance of cheaper factory-made products has challenged its presence, and the artisans have been struggling to make sales in current times, especially during the pandemic. Although they have been diversifying their products by making horse chairs, jewellery, furniture, figurines and decor items, the sustainability of handmade products constantly struggles to compete in a mechanised market. The Channapatna traditional cultural trade has become entangled in market forces that forget and reject the richness of historical knowledge. However, various organisations, including the Government of India, have been trying to keep the community’s practices alive. Even today, one can find a colourful variety of toys lined up in the streets of Channapatna, owing to the people who were determined to keep it alive for generations.

Our venture aims to become part of this wonderful legacy and contribute to the growth of the Channapatna community by providing a window to its cultural trove and inviting you to join a cause that benefits society, the environment and your delightful children! 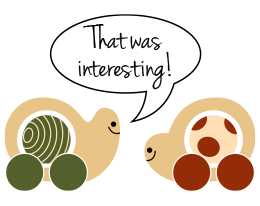 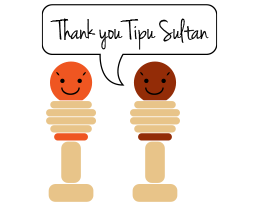